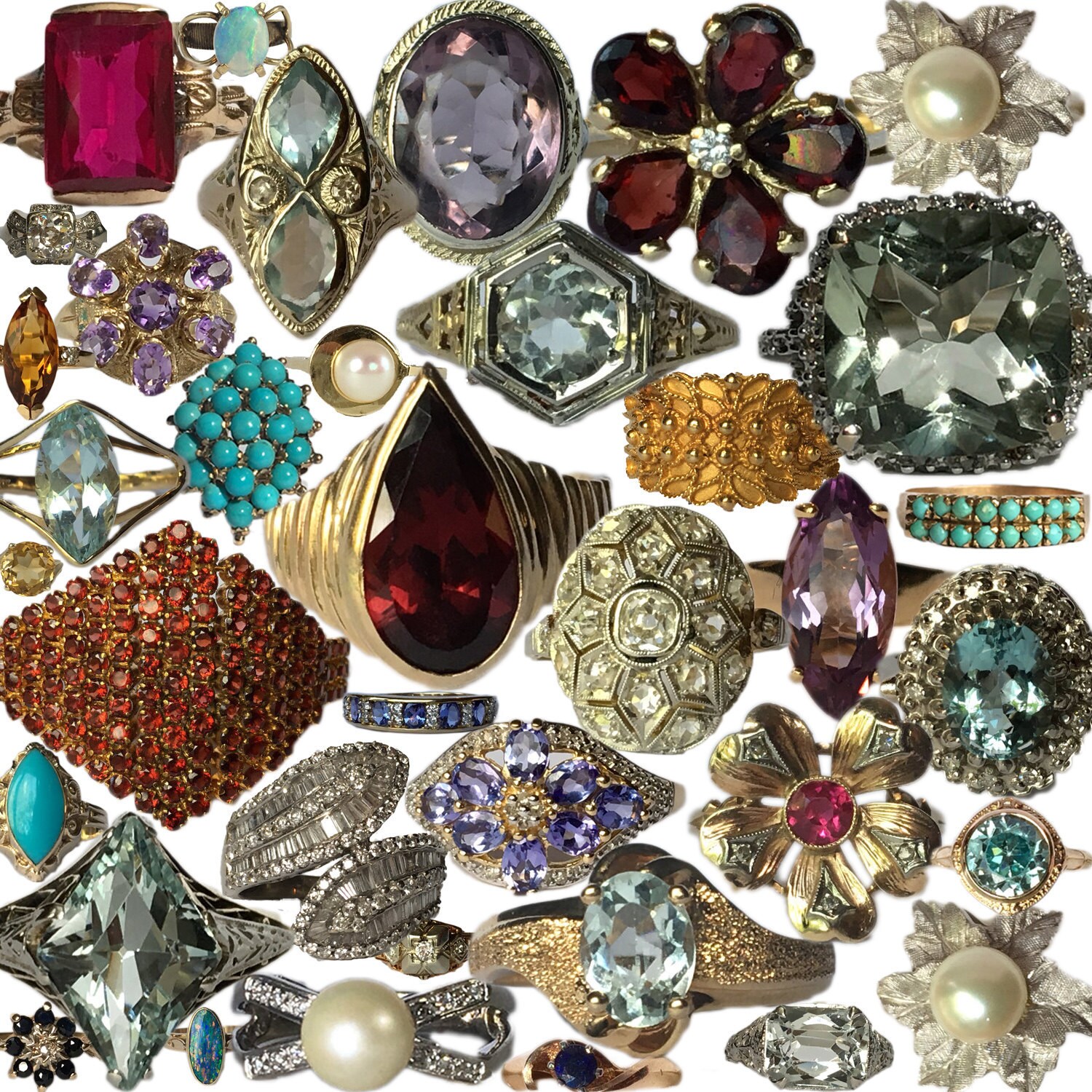 Garnet is one of my favorite gems! Garnets are known for their very rich and beautiful color often called blood red but garnets come in a variety of colors including green, orange and colorless.  The best part of garnet jewelry is that they can go from black gown Hollywood glam to jeans and a tshirt bohemian sheik. It is also the 2nd year anniversary stone and the stone of friendship.

The birthstone for February is Amethyst which comes in a wide range of purple. From very pale, to deep purple, to even a layered ombre style (rare). Amethyst are plentiful so they are not horrible expensive and they are a durable stone.

The stunning Aquamarine is the birthstone for March. These stones come in a wide range of almost clear to green and blue hence the water name. Aquamarines are often flawless or near flawless and fairly abundant which makes them the second runner up for engagement ring stones. These gems are also extremely expensive to make synthetically so you never have to worry about getting a fake.

Well April must be a girl's favorite birth month since diamonds are a girl's best friend. The most prized gemstone throughout the world because they are strong and durable and dazzling beautiful. This makes them one of the best vintage stones to buy because they will last your lifetime and several more.

Emeralds are known to bring luck and fortune and are treasured as one of the "precious four" gemstones. These stones are rare and are known for their flawed beauty. If you find a flawless emerald it is either fake or extremely expensive and sometimes both. These stones can also be brittle so should be treated with care.

Our treasures from the seas and such an American classic. These gems are the only animal made gemstones that come in a variety of lustrous colors from black to white. Natural pearls are extremely rare and are exactly the same as cultured pearls, they are both real pearls cultured pearls just get a head start. All real Pearls have slight flaws. If you are looking at a pearl that is perfect it is fake.

Rubies actual have the same chemical makeup as sapphires but they also have chromium which gives them there deep reddish pink color. Be wary of very clear rubies they are most likely fake and make sure to your rubies are not spinel, a known imposter for ruby and sapphire.

August is a great birthstone month because you have two to choose from! Peridot is a beautiful grassy green stone that looks very pretty set in yellow gold. Spinel, known as the great impostor, comes in every color of the rainbow.

September brings with it the beautiful Sapphire birthstone. These rich blue stones that are thick in color and on the rarer end of gemstones. There are some options in the Sapphire family like a blue stars, yellow, and color changing.

October has the ever beautiful and mesmerizing Opal as it's birthstone. My favorite gem because each is so unique with their flashes and play of color. Like wearing the Northern Lights on your finger. Opals are porous so proper care will help them last a long time.

November has 2 birthstones! Citrine is a stunning gem with the richest tones of yellow and orange. A wonderful symbol of fall and perfect for the boho girl. Topaz is a gem with a wide color range but the most sought after are the sky blue and london blue.

December is a two birthstone month! First we have turquoise an old and treasured gem that can be traced back to the egyptian era. Second, Tanzanite the most recently added birthstone because this gem was not classified until the 70s.

Previous Post Easy and Convenient Layaway Options
Next Post My Favorite Rings...(see what I did there)
0 items in your cart